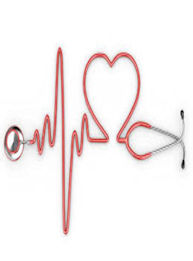 Barbara was born May 30th, 1931 in Charlotte, North Carolina to Andrew H. Harper and Helen Seegers. She was a 1953 graduate of Duke University School of Nursing and worked as a nurse in hospitals in North Carolina and New Jersey for over 15 years.

She met Joe Swain while they were both attending Duke University. Wed in 1953, Barbara and Joe raised a son and daughter together and recently celebrated 66 years of marriage.

Barbara leaves an indelible legacy marked by her grace, kindness, humor, and sense of community. She was a devoted member of the First Presbyterian Church of Corvallis, where she was an active and enthusiastic member of the Piecemakers club. A longtime, dedicated member of the local chapter of the PEO, in recent years Barbara had become a prolific collector of cans and other recyclables to support the groups' scholarship funding. A season ticket holder to the Portland Opera for close to twenty years, she treasured the opportunity to spend a day with her daughter as much as attending the performances. Barbara was a Duke basketball fanatic, rarely missed watching a game, and strongly believed in her power to influence the outcome of games based on the number of fingers she had crossed.

Barbara was blessed to travel the world from Tasmania to Japan but also loved to escape to faraway lands by picking up a good book. She was the avid solver of jigsaw puzzles and Sudoku. No visit with her three grandsons was complete without a hand of hearts, bridge, or granddaddy rummy.

In lieu of flowers, donations can be made to St. Jude’s Children Hospital in Memphis Tennessee, or, in honor of her commitment to PEO, to Cottey College. Donations made to Cottey College should be sent to C/O FU Treasurer, 3012 NW Snowberry Place, Corvallis, OR 97330 (memo line could indicate “undesignated” or “General Scholarships”).