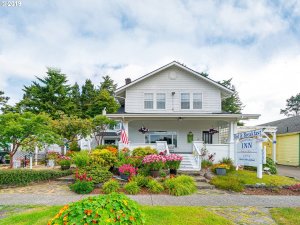 Marv passed away on Sunday, October 13, 2019, after two weeks in the hospital and a quadruple bypass surgery a week before he passed. He gave so much of his heart and himself to everyone else, his heart couldn’t recover - it was just too weak.

Marv was born on June 13, 1946, in Portland, Oregon, to Margie and John VandeStreek. He was raised in Portland along with two brothers, Lyle VandeStreek and E. Joel VandeStreek. His first job was in a meat market in Portland while he was in high school, and he continued most of his life in the food and hospitality industry.

When he was 18, he moved to the Sacramento area in California to take a job at a start-up meat company. He moved on to another job at a steakhouse restaurant where he met his first wife, Linda Wallace. They were married in January 1966, and had 3 children: Lorrie, Brandon, and Chris. They moved to Fairbanks, Alaska, in 1979, where he worked at Jeffrey’s Restaurant.

Later in 1979, he took a housekeeping job at the pipeline in Prudoe Bay, where he would work 8 weeks, then go back to Fairbanks for 4 weeks, in which he worked 3 weeks of the 4 weeks at Jeffrey’s Restaurant, then back to Prudoe Bay.

In 1982, he and Linda were divorced. He married his second wife, Marilyn Crager, in 1984 in Fairbanks, Alaska, who had 2 daughters, Angie and Melanie. Marv, Marilyn, and Melanie moved back to Albany, Oregon in 1989. He got a job at T&R Restaurant in Albany, where he worked for several years. Marv and Marilyn were divorced in 1991.

After his divorce from Marilyn, he bought a home in South Salem, where he had property he turned into beautiful gardens, which many people called “Marvin’s Gardens!” He took some time to reevaluate his life and where he was going. He got involved in church, a men’s group, and reading the Bible, praying for God’s direction in his life.

Marv met his wife, Laurie, through a friend, in October 1995. Marv and Laurie hit it off immediately, and after 3 dates, he asked her to marry him - they knew God had put them together. They were married on July 13, 1996, in Salem, Oregon. Laurie has two children, Shaun and Katie. Marv and Laurie became a blended family with 5 children between them.

In November 2003, Marv and Laurie sold their home in Salem and bought the Edwin K Bed and Breakfast in Florence, OR, where they lived and worked as innkeepers for 16 years. They had hoped to sell the B&B and move back to Salem to retire and have time with friends and family and to travel. But sadly, he passed away very quickly and unexpectedly before that happened.

Marv loved to sing, garden, cook, spend time talking to people, and travel. He was humble, empathetic, kind, patient and encouraged others. He carried the essence of a humble servant deep in his character and spirit. He simply loved people the way God loves people, unconditionally. He would give all to bring joy to your heart. His laugher was contagious, and his heart and humor were genuine. He gave all he had to give while he was here, carrying his burdens, never to burden another with them but instead put others before himself. He was loved by so many people, and he will be greatly missed. We can rest assured that our Father in heaven opened His arms wide and wrapped them around Marv as He drew him in close for a hug and lengthy embrace, whispering, “I love you, welcome home.” And Marv breathed deep, and replied, “I love You” as they went on to talk and stroll through gardens of grandeur.

To send flowers to the family or plant a tree in memory of Marvin Dale VandeStreek, please visit our floral store.