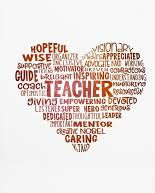 A generation of Albany’s children -- now parents themselves -- will remember and mourn the passing of an early childhood educator.

Nona was born into a Norwegian American family to Olav and Gertie (Ugland) Ugland on their farm in Spinx County, South Dakota, and was the 5th of 6 children. The economic depression of the 1930s was in full force during her childhood and it shaped her frame of reference for the rest of her life.

She was the valedictorian of her senior class of 13 at Brentford High School and was the only one of the Ugland’s six children to attend college. She attended Northern State Teachers College in Aberdeen and paid for it herself by working weekends and summers.

It was during those college years she met David Sabatka who was also working toward his degree. As he was concluding his obligation to the Marines he proposed to Nona on the phone, “long-distance”.  They married in 1955 and Nona joined him at Camp Lejeune in North Carolina where they had their first of five daughters before moving back to South Dakota where they welcomed two more daughters. The Sabatkas, weary of the Midwest’s extreme weather, accepted a post in Albany just as Memorial Middle School was being constructed. David was one of the first coaches and physical education teachers at the school.  Sadly, David was just 49 years old when cancer claimed his life.

Two more daughters were added in Oregon and the couple bought a large multi-storied home on Washington Street overlooking the canal. The place virtually swayed with five lively girls and friends coming and going. Now they often reminisce about long summers of camping and travel with just a station wagon and tent trailer. Not only did the family explore Oregon, but one memorable cross-country trip took them to New York and Washington, D.C., and many places in between.

When the girls were older Nona returned to school and enhanced her teaching credentials by taking classes in early childhood education. She taught preschool through the city’s Kiddie Kraft program first at Swanson Park, then the downtown Carnegie Library and finally at Maple Lawn.  She also coordinated the preschool at Faith Lutheran. She adored small children and cherished her 25-year career serving them.

Nona embraced her Norwegian heritage and the Sabatka Christmas celebrations often included Scandinavian traditions.  She took Norwegian dance lessons. She loved her family and was overjoyed when her daughters had children of their own.

Her daughters say she was simultaneously frugal and generous.  To save money, she sewed the family’s clothes (including wedding dresses), preserved food, and became a Master Gardener.  She never forgot about people in need and donated generously.

In retirement, she spent time in Holden Village, a Lutheran retreat center on Lake Chelan in Washington state. She volunteered there for more than 15 years. She belonged to the 20th Century Book Club, assisted with Girl Scouts for decades, traveled to Norway as well as took cruises and train excursions. She read the Democrat-Herald every day, made cinnamon rolls at least once a week, and while she was still able to take daily walks.

The next time you eat a large warm cinnamon roll -- with a dash of butter -- toast Nona Sabatka and her love of small children and teaching.  Other memorial suggestions include donations to Holden Village or the Albany Public Schools Foundation, in care of AAsum-Dufour Funeral Home, Albany.

To send flowers to the family or plant a tree in memory of Nona Marie Sabatka, please visit our floral store.

You can still show your support by sending flowers directly to the family, or by planting a memorial tree in the memory of Nona Marie Sabatka
Share a memory
© 2021 AAsum-Dufour Funeral Home. All Rights Reserved. Funeral Home website by CFS & TA | Terms of Use | Privacy Policy