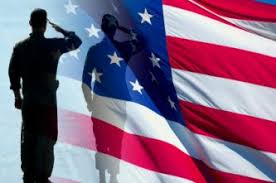 Virgil met his loving wife, Sharon, at the TomTom Drive In, where she was a car hop. He was drafted in 1965 and served basic training in San Antonio, Texas. Virgil and Sharon were married on September 11, 1966, and they lived in Georgia for the rest of his Army days as a medic.

They returned to Albany in 1967 and Virgil went to work at Simpson plywood mill. Virgil started dabbling in dirt circle track racing and, later started working at a local automotive machine shop. In 1981, he and Sharon started their own shop called Virgil Hanson Automotive Machine. Virgil was very successful and well known in the region as a machinist and engine builder. They recently sold the shop to his longtime employee, Randy Boyd, and his wife Brandie.

Virgil enjoyed all kinds of car related things. He had purchased what he called “his first-born child” in 1967, a 1934 Ford Victoria. Virgil and Sharon had many great adventures with family and friends in the old cars over the years, including trips to Montana, California, and Washington. Virgil’s other passion was racing. He and the boys raced circle track dirt cars all over the western US. He also attended the Bonneville Salt Flat Land Speed Races for close to 20 years, driving his ‘35 Ford 3 window coupe to and from the event.

On Wednesday, November 17, at 11am there will be a celebration of life at the Albany Seventh Day Adventist Church followed by a no-host gathering for pizza and camaraderie at James Gang Pizza in Lebanon.

To send flowers to the family or plant a tree in memory of Virgil, please visit our floral store.